Sonic Academy welcomes the Berlin based Irish music maker Chymera to the helm for this truly deep and wonderful ‘How To Make Melodic Techno’ course.

Chymera’s productions often fit comfortably between house and techno, and range from deeper cuts to more dancefloor focussed tracks, but always with a keen sense of melody. He has released various diverse and respected labels as Ovum, NRK, Delsin, Cocoon, and Connoisseur who released his 2012 album ‘Death By Misadventure.

As an added bonus he has uploaded 100 samples from his Oberhiem Matrix 1000 in the resources for you to use in your own productions. So enjoy this journey into the deep.

Sonic Academy – How To Make Deep House 2016 in Ableton Live

Sonic Academy – How To Make Tech Trance in Ableton Live 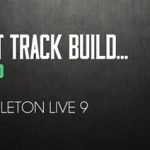 Sonic Academy – How To Make Chilled House With Vince Wantson

Sonic Academy – How to Make Dutch House in Ableton Live

Because adfly was acquired by linkvertise, our shortlink from adfly changed to linkvertise. But you don’t need to worry about accessing the magnet link, you can follow the tutorial below :

1. Click the link
2. When a new page opens, pay attention to the section > Content provided by:
3. Copy all the parts that say: magnet:?xt=urn:btih:bla.bla.bla

4. Paste the magnetic address in your browsing URL (it will automatic open you torrent software)

alternative: you can also direct paste this magnet link at “add torrent from URL” in your torrent software.

We Do Not Support War For Any Reason