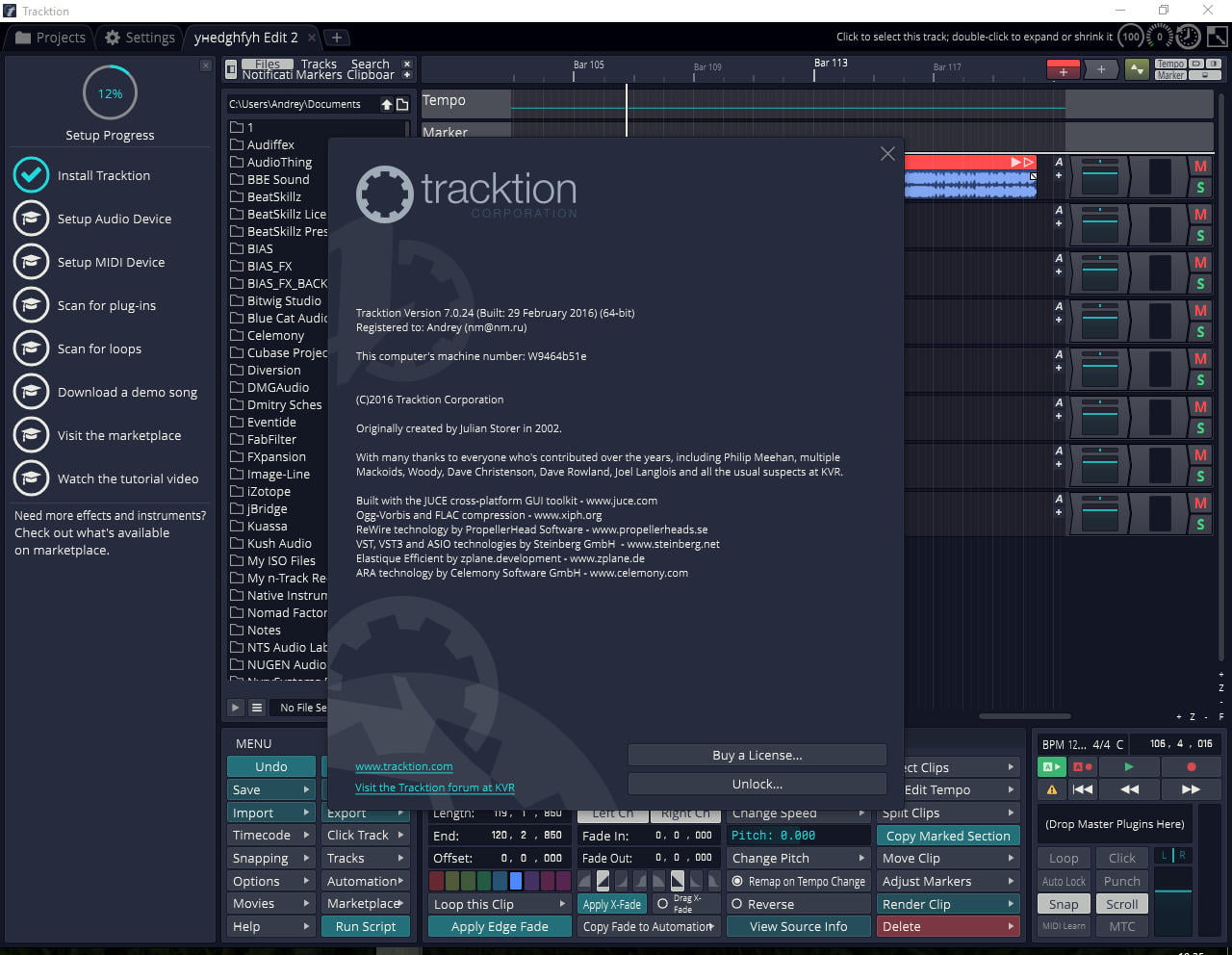 Tracktion was designed to be as transparent and intuitive to the user as possible. Track object controls and parameters are context-sensitive; effects, MIDI instruments and other software objects can be added to tracks or even applied directly to individual audio and MIDI clips using a drag-and-drop system of filters. Complex chains of filters can be created, stored and recalled for later use as rack effects, which can be thought of as analogous to a saved channel strip setting in a traditional DAW/sequencer.

Tracktion represents a move away from the modal dialog boxes, multiple menus and cluttered windows common to most legacy MIDI sequencers and Digital Audio Workstations, in favour of a streamlined, single-screen approach that presents the user only with the options they need for the task they are currently doing, such as editing audio, adjusting MIDI automation parameters, effects settings, etc. Both also are notable for the use of a more abstract visual style that does not attempt to visually replicate “real world” recording equipment or effects boxes.

The latest version of our powerful application for creating and recording music, and is the biggest update we’ve ever offered. By maintaining the simplicity and immediacy of earlier versions, the T7 provides a dynamic interface with new features designed to save time and space on the screen. Innovative editing tools offer new ways to create, organize and manage audio, MIDI and step edit clips while a new search plug-in automation makes it possible to increase the creativity and speed workflow.

Tracktion was designed to be as transparent and intuitive to the user as possible. Control of track facilities and its parameters are context-sensitive; effects, MIDI instruments and other program objects may be added to the tracks or even applied directly to individual clips of audio and MIDI by dragging the filter system. complex filter chain can be created, saved and recalled for later use as an effects rack.

Tracktion is a departure from the modal dialog boxes, menus and bustle of the windows that are common to most legacy MIDI sequencers and Digital Audio Workstations, in favor modornezirovannogo, single window option, which provides the user with only those parameters that are necessary for him to perform the task which currently being executed, for example, edit audio, MIDI automation setup parameters, effect settings, etc.