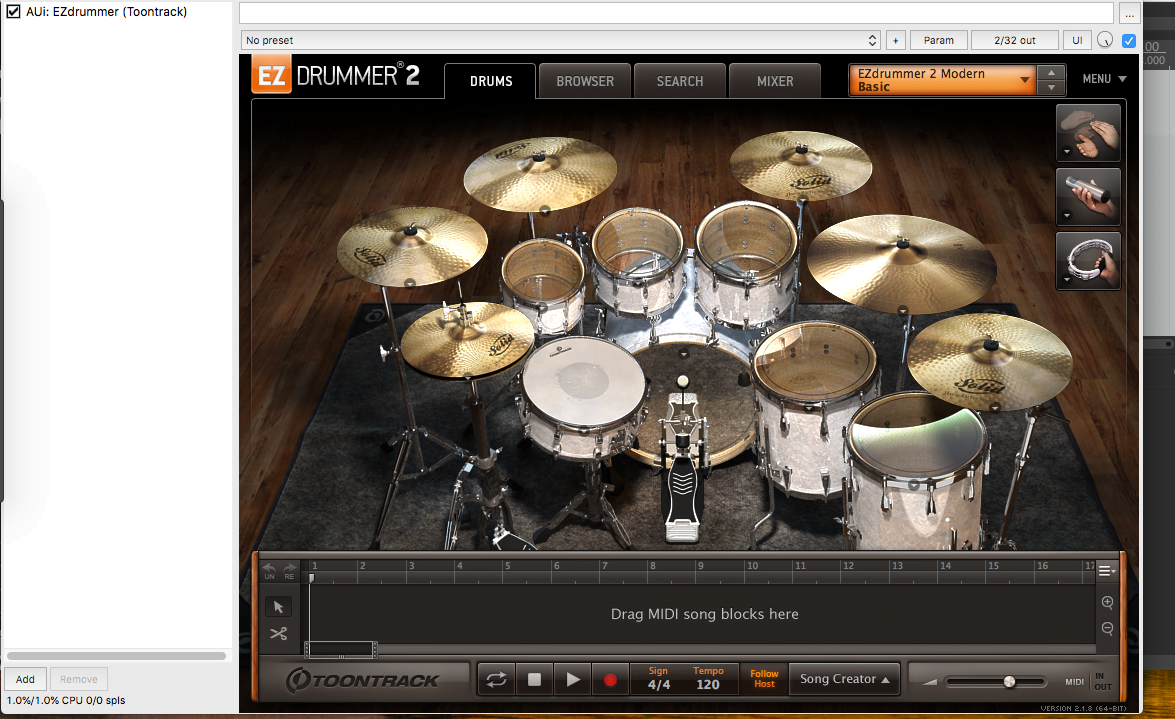 Description : Update for Toontrack – EZDrummer
EZDrummer is a virtual drum sampler that is especially popular among musicians and professional sound engineers and producers. This VSTi instrument allows you to achieve “liveliness” of the drum part, simulating the playing of a real person.
The pleasant sound will surprise many music creators, since the sound is very close to the sound of real drums, and the program interface is very clear, which will allow you to create and edit virtual drums. EZDrummer is an excellent VST plugin with its own libraries, which is ideal for the Cubase 5.1 audio editor. The program also has built-in MIDI templates, which are created drum riffs, as well as various fills that can be added to your track by simply dragging and dropping them onto the desired track. In this way, you can create a song completely consisting of midi pieces, which will give the effect of clearly and evenly played drums, but to simulate human playing, to convey the emotions of a drummer, you can use the humanizer function.
The program allows you to assemble a drum kit from various elements, and each of them can be panned, transferred to a separate track, for example, the bass drum and the worker will be separate tracks, then apply the desired effect to each audio track, for example, saturation, compressor, distortion.
When creating the samples, all the rules for recording drums were followed, each element of the drum kit was recorded with a separate microphone in a recording studio in New York. When editing your track, you can adjust the sound, creating the effect of moving the microphone farther / closer to the drum / cymbal, and make a reverb effect by choosing the room in which the drums supposedly sound. All in all, EZdrummer is a professional tool for recording and editing virtual drums.

New :
– Aftertouch is now preserved when you record or import MIDI.
– Hi-hat CC is no longer converted to notes when recording.
– Aftertouch and CC can now be removed from song blocks using the right-click Remove Notes menu.
Fixed :
– Certain effect knobs in several EZXs did not work as intended (in version 2.1.7 only).
– When starting the standalone on MacOS X Snow Leopard, if the previously used audio device could not be opened, the error dialog for that was not possible to close.
– The effect library has been updated with fixes for some potential crashes.