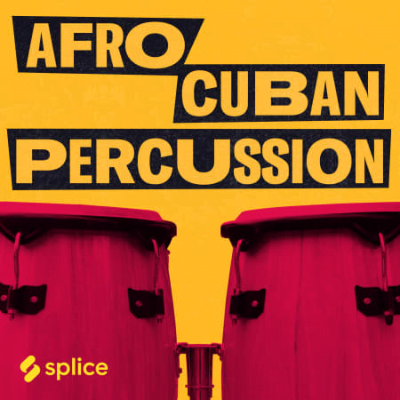 Description: This is the first of a series of sessions that we recorded at Red Bull Studios NYC.
Afro-Cuban percussion gives some of the most emotional and dynamic sounds of all known. The way intricate rhythms and upbeat dance rhythms are combined and mixed in his signature polyrhythmic drum will make anyone go on the dance floor. Famous Afro-Cuban percussionist Elizabeth Pupo Walker shared her talents, history and passion for the genre when creating this package. Rummage in Kongs, bongos, kaons and other Afro-Cuban percussions with one shot and loops.
Pupo Walker studied in Havana, Cuba, at the Conjunto Folklorico Nacional de Cuba and in Matanzas, Cuba, with the world famous Los Munequitos de Matanzas percussion ensemble. She searched for specific instructors throughout her career, delving into the drum dialects of the Brazilian Batucad and the Caribbean rhythms of the Dominican Republic, Puerto Rico and many others. She formed an eclectic drum jazz band, Manah in Seattle; recorded and toured with BRAD with Pearl Jam; and regularly performed with Reggie Watts. She was introduced to DRUM! The magazine has toured the world, performed and recorded with a variety of artists, including Sharon Jones and Dap Kings, John Legend, Mark Ronson, Dr. Lonnie Smith, Radio Television, The Roots, Nels Cline, Meshell Ndegeocello, Lee Fields and Expressions, Mavis Staples, among several others.