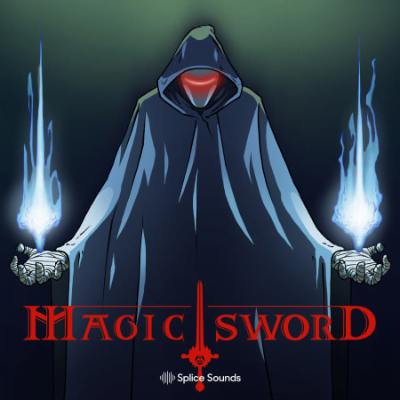 Description: Magic Sword is an American electronic trio from Boise, Idaho, formed in 2013. They are known for wearing cloaks and masks during their performances and are named The Keeper (red, keyboards, audiovisual), The Seer (blue, guitar) and The Weaver (yellow, drums). They released their debut full-length album Magic Sword Vol. 1 in 2013 on Tender Loving Empire along with the comic of the same name. In 2016, they released their first EP titled Legend on Size Records and embarked on their first national headlining tour. While the sound of Magic Sword is genreless, it is probably best described as synthetic metal or perhaps epic sci-fi electro-pop. If you like ComicCon you will love this package. You’ll find 8-bit sounds as well as industrial loops, grooves, 707s, one-shot reverbs, MIDI, and more. It is filled with the kindness of synth-pop metal.