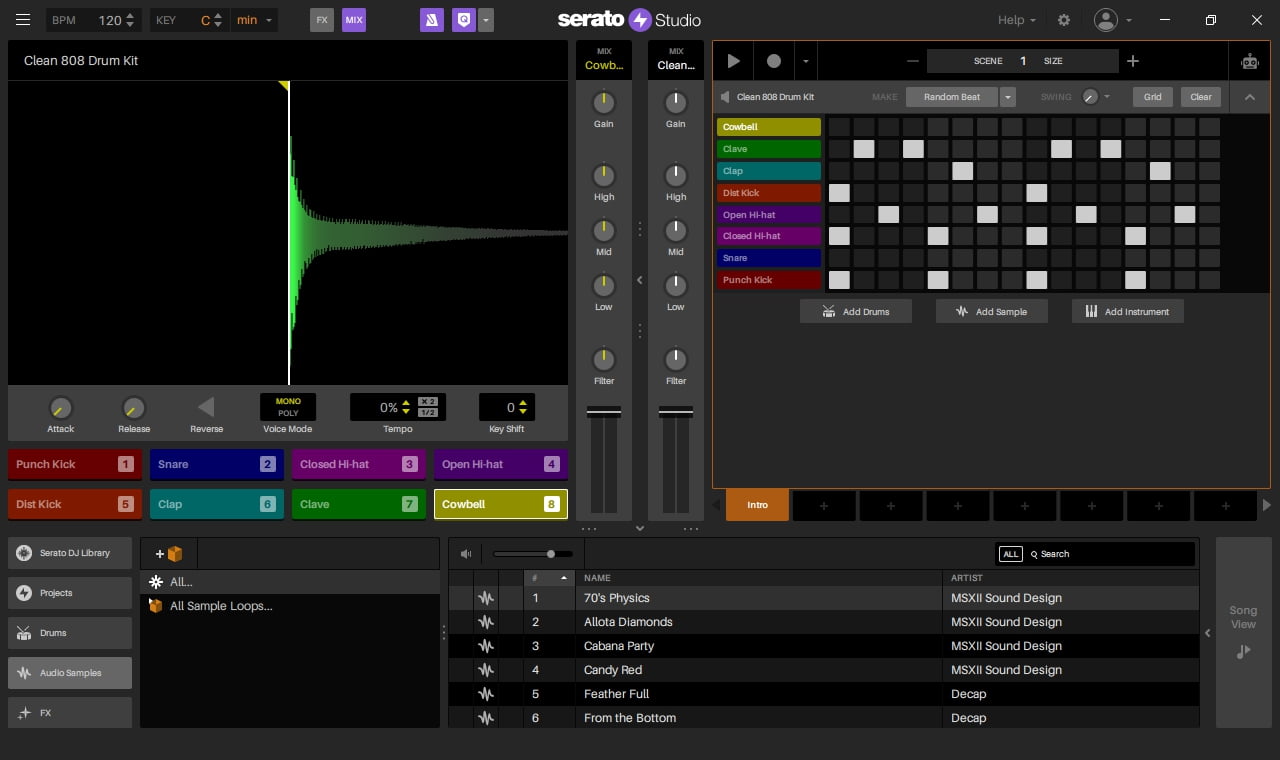 Description : New DAW from Serato, which is called the killer of FL Studio.
The main goal of the new DAW from Serato is to turn DJs into producers. The creators say that they specially designed the interface so that anyone unfamiliar with professional DAW people could quickly feel at ease. The interface, unlike Ableton Live, is simpler and more intuitive. At the same time, Serato Studio is not inferior to the usual programs in terms of power and capabilities. In other words, the workspace familiar to DJs has been transferred to the workstation format.
By itself, Serato Studio inherits many things from its DJ counterparts: mixer channels, effects, time-stretching, display of elements in the interface. The program comes with the same set of content and library that Serato DJ customers get. According to Nick McLaren, who is responsible for the development of Serato, the company specifically made the program very similar to existing DJ software. Such a solution simplifies familiarity with the software and minimizes the study of user manuals – DJs have more time for the music itself.
Among the interesting features of the new DAW are the Play In Key mode and the Make Beats feature. Play In Key adjusts all tracks to a given key so that everything sounds in the context of the track. The Make Beats function creates bits in a couple of clicks.
According to McLaren, research inside the company showed that DJs and musicians spend too much time on various aspects that are not related to the work itself. Instead of writing music, users twist the knobs, try to adjust the sample to the key, and put the drums in the mix. Taking up the development of Serato Studio, the company focused on ensuring that users can quickly and easily implement their ideas.
Serato Studio adopted many elements from Serato Sample and Serato DJ: mixer, effects block, time-stretching, general logic, display of working tools, there is support for VST plugins.