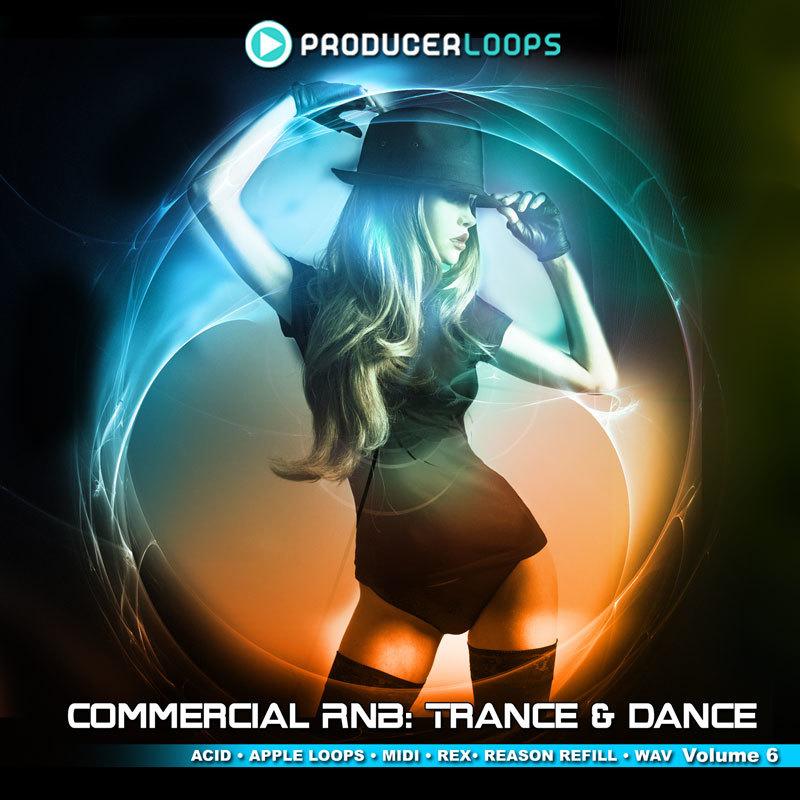 The next part of the series. Mixing soft RnB elements with energizing dance beats. ‘Commercial RnB: Trance & Dance Vol 6’ concludes this huge hit-making series from Producer Loops, bringing you FIVE awesome Construction Kits inspired by the hottest crossover styles in the charts today. With both commercial and underground appeal, as well as a professional feature set, this is a must-have sample library for any wanna-be Pop icon.

Of course, with such an expertly crafted selection of raw and punchy basslines, in-your-face synth leads, pads, build FX and more, the appeal of this pack isn’t limited to those looking for chart domination. Producers of more underground styles will find plenty of inspirational material suitable for virtually any kind of Electronic music.