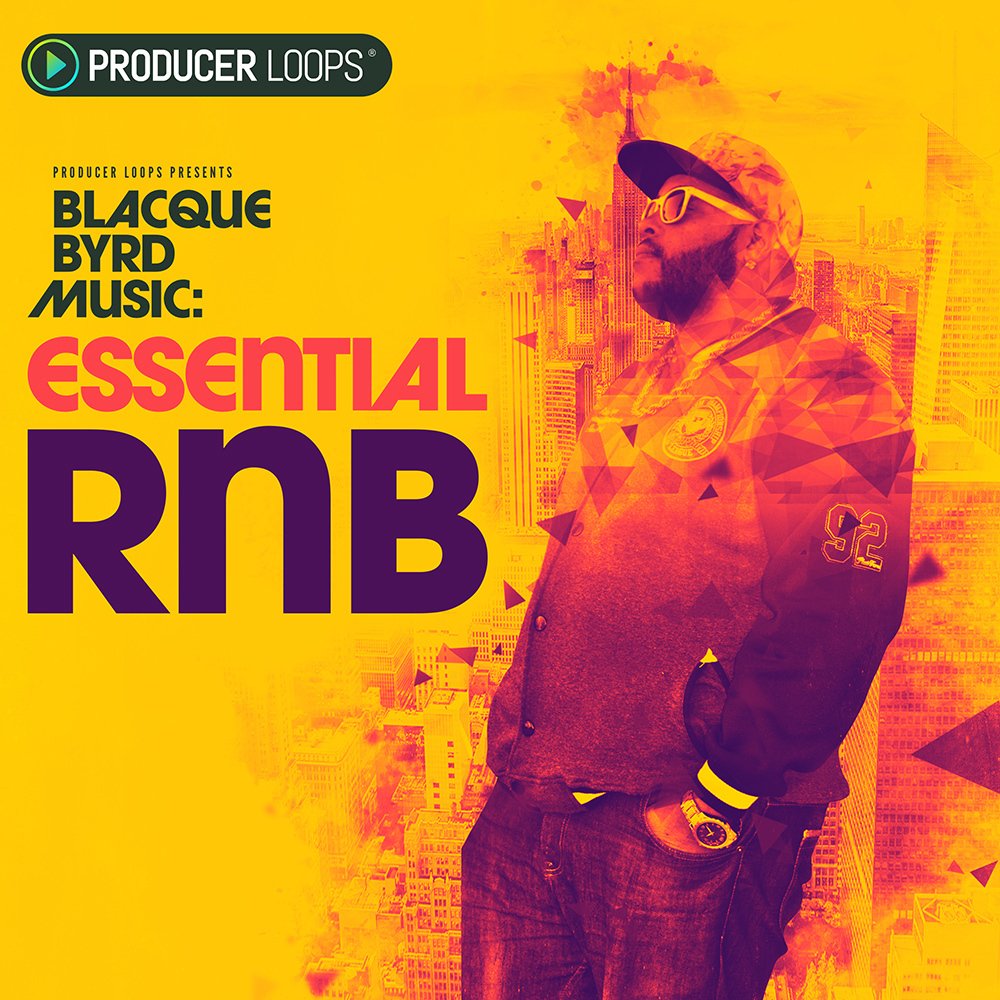 ‘Blacque Byrd Music Essential RnB’ gives you instant access to the skills, secrets & techniques of a producer at the top of his game. Tracks by Bruno Mars, Britney Spears, T.I, Nicki Minaj, Lady Gaga & One Direction have all boasted Blacque Byrd’s midas touch. His productions have even found their way into the Grammy Nomination pool. So, what are you waiting for? Fuel your DAW with these premium grade samples, straight from the studio of one of L.A’s finest Urban Pop producers.
Blacque Byrd’s debut sample release contains five Construction Kits packed full of deep 808s, flurries of Trap hats, vocal fragments, chants, pianos, synths and lush keyboards and pads.
Dripping with a smooth and sultry vibe, this cutting-edge collection perfectly blends old and new school vibes to deliver you instant inspiration for your next RnB hit.
MIDI, one-shots and bonus loops are all included in this 700 MB+ library, making it a must-have for Urban and RnB producers who need to stay ahead of the game.
MIDI Files Included:
‘Blacque Byrd Music Essential RnB’ includes 13 MIDI files, allowing you to seamlessly mix your favourite synths and samplers with the sounds contained in the pack.
Advantages of MIDI:
While the supplied ACID/Apple Loops/REX files are extremely flexible and powerful, MIDI has the added benefit of allowing you to go to extremes of pitch and tempo beyond which the loops were originally recorded, with no time stretching or pitch shifting artefacts. Furthermore, you can make tweaks to the riffs so they fit perfectly into your existing mixes.
One-Shot Samples:
This pack also includes one-shot samples, allowing you to create new beats, fills and loops to complement the existing material. Simply load them up into your sampler of choice and create an infinite number of new grooves and phrases.