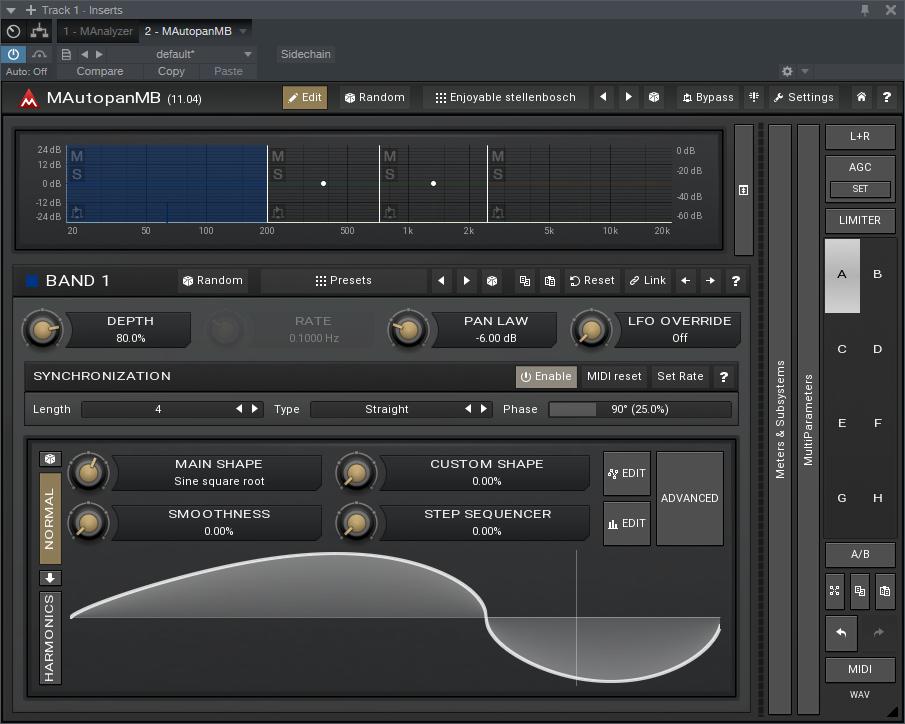 MeldaProduction MTotalBundle – the newest collection of effects, currently has 70 plug-ins. MTotalBundle will turn your computer into a professional high-end sound studio. The set contains all the necessary effects for writing music, information and mastering. Includes both traditional effects and revolutionary technologies that will make the sound of your record incredible. High speed, simplicity, crystal clear sound and minimum noise level is the standard in MeldaProduction.

Changes
11.04 changes
Added a modern algorithm to MDelayMB (including MXXX and DelayTap in it), which does not cause pitch-shifting when the length is changing.
MAutoAlign now performs an analysis even if there was a bypassed / disabled instance.
Highly improved installation speed.
Fix: MFreeformEqualizer and MFreeformPhase (including MXXX) had graph points automatable despite this can not work. It has been removed.
Fix: Plugins could crash in certain situations when displaying graphs with time smart units.
Fix: Knobs were moving 1 pixel up / down along with rotation.
Fix: MTurboReverb could have Edit screen inaccessible with MCompleteBundle license.

11.03 changes
Added Wet HP to MBassador (including MXXX), which should help to clean up the output of harmful ultra-low-frequency content.
Added Shuffle feature to MDelayMB (including MXXX).
Added Modify and Count parameters to Sync for MDelayMB, MGranularMB, MBitfun and MBitfunMB (including MXXX).
Introduced smart-axis system, which provides “nice” values ​​for various axes.
Added Transient module to MTurboReverb (including MXXX).
ConvoNoise module in MTurboReverb (including MXXX) now provides shapeable dampening.
MLoudnessAnalyzer batch processing now performs multipass analysis for short files, to ensure the loudness estimate is stable and accurate.
Default settings improved to a new more efficient and reliable method.
Batch processing WAV files now keeps all custom metadata.
Equalizers do not display analyzer peaks for both input and output more (when Track peaks is enabled), since they are the same and cause blurring.
Improved unofficial support for Linux via Wine.
Fix: MCompare did not work well with “silent files” containing zeroes.
Fix: PowerSynth would crash MXXX in surround mode.
Fix: MXXX did not properly update analyzers of subbands displayed as popups if present in a band not being selected.
Fix: Crossover FX in MXXX had interchanged Mid / Side and Panorama crossovers.
Fix: Loudness range did not show a correct text value.
Fix: Text edit of multiparameter controlling another multiparameter from a subinstance of MXXX did not do anything.