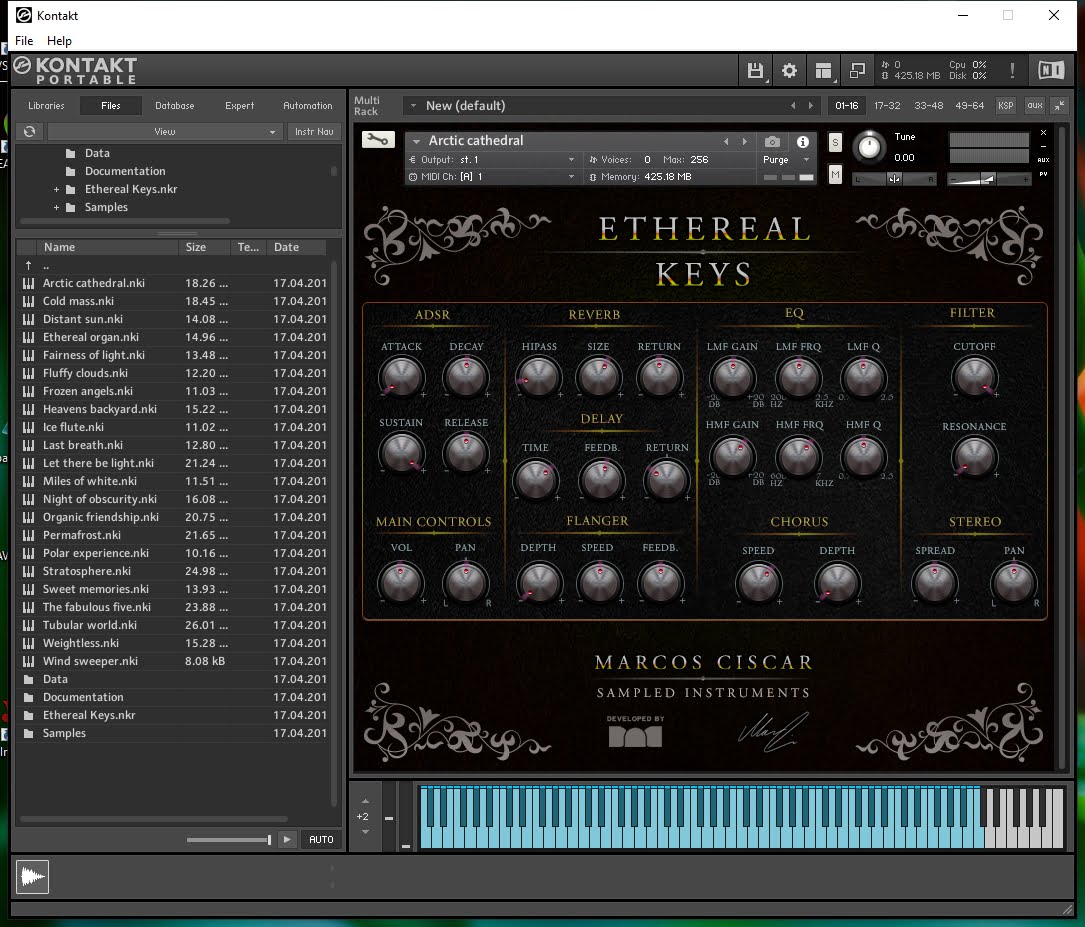 Description : A collection of deep ambient keyboards.
Recording a church organ in a city church, I settled on a combination of an organ that had an unearthly quality. I put all the other sounds aside for a while: how about combining even more sound sources? How about having a gigantic church organ with even greater capabilities?
For some reason, editing sounds, I continued to watch these pictures of the Arctic Norwegian churches and the breathtaking mountains on the island of Baffin. The first one, perhaps, had a more extensive sound idea, directed to the northern lights, crystal clear lakes, the reflection of the sun on icy landscapes, etc. Now the atmosphere was found …
So, the concept of Ethereal Keys is the creation of giant keyboards with interconnected sources of sound, such as a church organ, Hammond organ, electric organ, harmonium, analog synthesizers, solo vocalist and choir, electric guitars and various wind instruments, as well as wooden instruments. To fit the Arctic theme, the ideal of sound should not be “authentic” in itself, but rather “frozen” in nature. A bit like a 90s synthesizer, but with a much larger memory capacity and better PCM samples. For example, human voices are not meant to sound “natural,” but rather like “sound photographs” found under Arctic ice.
Please note: some of the presets use the modulation wheel to gain access to more layers of sound and parameters. Always remember to check this out. The range of keys is also different for all presets. Since presets contain different layers that can be edited individually, remember that changing controls in the graphical interface will affect the overall sound.
An experienced Kontakt 5 user can, of course, edit the layers separately as desired. Welcome to the music of permafrost!