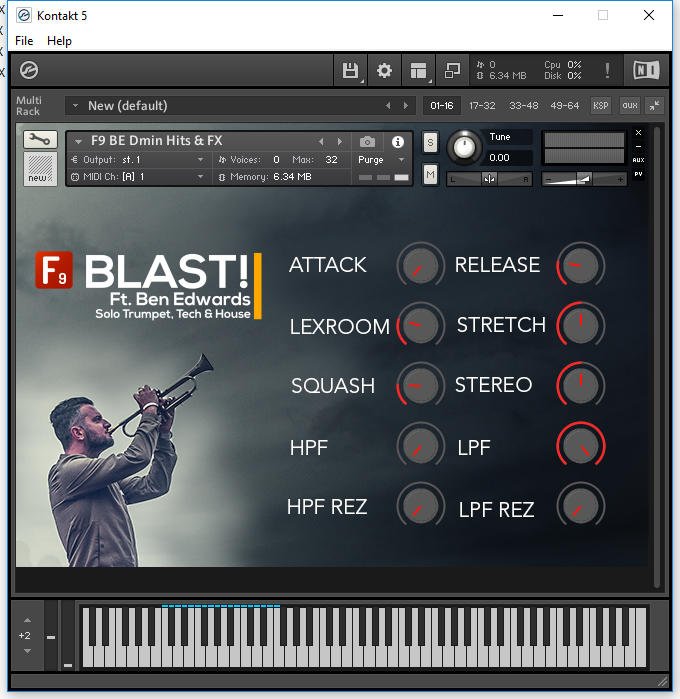 F9 Audio Presents BLAST! feat Ben Edwards. An exceptional sample pack overflowing with live trumpet loops, phrases, solos and hits alongside nearly 1gig of additional Tech and House loops, samples and shots. Everything you hear in the audio demos above is included!

*All Deluxe editions contain the Kontakt 5.0.1 version of the library . A Full version of Kontakt is required