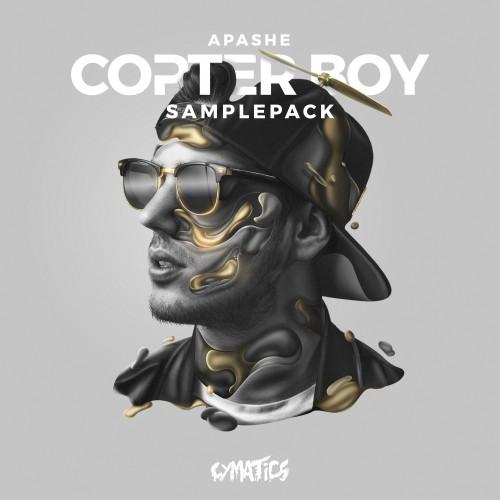 Description: Apashe has influenced MILLIONS of people with his unique music and upbeat presence.
It’s even shared a stage with artists like The Chainsmokers, Diplo, Deadmau5, and Adventure Club. Not to mention, he’s had his songs featured on Adidas, Marvel Films, HBO, Netflix, and Budweiser (which is nearly impossible to do).
And now … he’s come together with us to release an exclusive Sample Pack to the Cymatics Community for free.
These sounds are all the best samples from Apashe’s personal library that he’s created throughout his many music projects.
In fact, a lot of these are the same samples that have helped him compose his latest album, “Copter Boy” which has gained international attention.
So, not only will you be getting your hands on the SAME sounds that one of the biggest EDM artists uses on a daily basis, but Apashe even made sure that everything is already processed and ready to go.
Honestly, this freaked us out a bit because most big producers don’t usually share their personal resources.
But the reason he’s doing it is because he’s been a member of the Cymatics community for a long time and loves the “producers helping each other out” vibe we have going on.
He mentioned that it’s this kind of uplifting mentality that helps artist thrive, and he wanted to find a way to contribute to this positive environment.
So I would take advantage of this ASAP! Support Apashe by downloading it above!