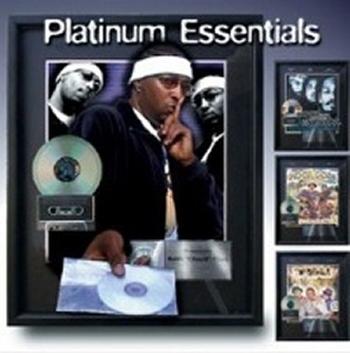 Shhhh, don’t tell no one, Keith Clark’s lettin’ you in on his multi-platinum bag of essentials! His wicked versatility as a producer can be heard on albums like the debut of Def Jam Recording Artists “The Dove Shack,” Snoop’s first album with No Limit Records “Da Game Is To Be Sold Not To Be Told” along with his follow-ups including Suited N Booted on Snoop’s “Paid Tha Cost to be Da Bo$$” and multi-platinum hits from B-Legit, Mack 10, Kurupt, Eastsidaz and TRU.

These hits propelled Keith to multi-platinum status in a matter of minutes! Now he is among an elite group of producers puttin’ it down on the West Coast and lappin’ up the worldwide recognition. Between scoring a few films, Keith, along with partner Luke Most! has produced a little treat for you. “Platinum Essentials” is JAMMED with construction kits, beats, sounds and more from his bag of platinum sounds!