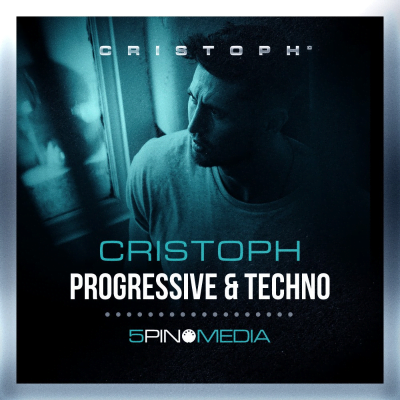 Description: 5Pin Media proudly welcomes CRISTOPH with PROGRESSIVE & TECHNO, its second release for 5Pin Media since its award-winning debut in 2015.
Shortly thereafter, in 2016, Christophe made his big break by joining Hot Since 82’s incandescent Knee Deep in Sound, becoming the first artist to launch the coveted 8-track album series. The concept album brought Christoph into the international spotlight, and his anthem vocal tracks such as “Alone” and “Closer” have taken over dance floors around the world.
In 2017, Christophe’s career came to an end full circle, having signed a contract with the legendary album by John Digweed “Bedrock” and Sasha’s “Last Night on Earth”. With outstanding releases on both prints, Christophe has cemented his status as one of the most exciting performers in the progressive world in recent years. He soon caught the attention of longtime hero Eric Prydz. Christoph continued to open up to the Swedish legend at EPIC 5.0, even becoming a permanent member of Prydz’s first residency at Hï Ibiza.
Christophe has now officially joined the Pryda family, becoming the first artist to sign with Prydz’s new publishing house, Pryda Presents. It is a strong nod of approval from one of the most famous trendsetters and a sure sign of Christophe’s successful career.